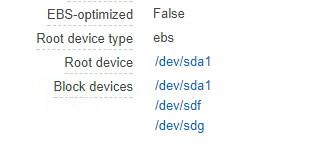 When updating MacOS High Sierra, you may experience this issue, where a couple of hours, you will be presented with an error Disk Management Error 0.

This was what I did :

All my files and applications are still there. And it worked. Well, do make sure you have a backup before attempting to install High Sierra.
at September 29, 2017 21 comments:

My current work nowadays involves a lot of multi-threading application. And also a lot of simultaneous users. We need to serve them fast (as in milliseconds fast), that's why some of our apps and services uses threads to provide the data very fast and also do most of the things in parallel.

We had issues before where an application keeps on dying without any logs. This would be because of the threads dying even if we have exception handling. We can't seem to understand and the only clue we have is the event viewer saying something died.

So I kept on searching a solution and found it here : http://blog.functionalfun.net/2013/05/how-to-debug-silent-crashes-in-net.html. This is applicable from windows vista and up.


Just to recap what it says in this linked, we followed the procedure as shown below :

1. Create a key at HKEY_LOCAL_MACHINE\Software\Microsoft\Windows\Windows Error Reporting\LocalDumps\[Your Application Exe Name]. In that key, create a string value called DumpFolder, and set it to the folder where you want dumps to be written. Then create a DWORD value called DumpType with a value of 2. Example shown below : 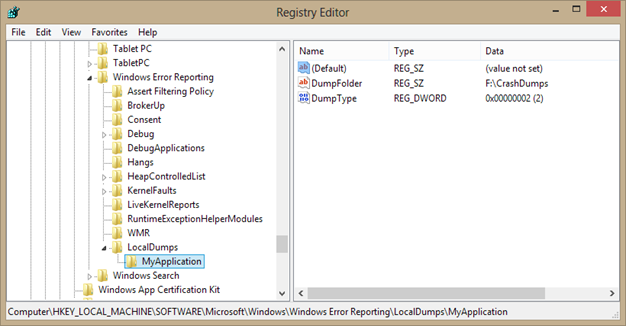 3. You will see the screen below. Click on the Debug with Mixed and it will go to the line where the offending application stopped. Voila!, you know now which portion of the app made your application crash. 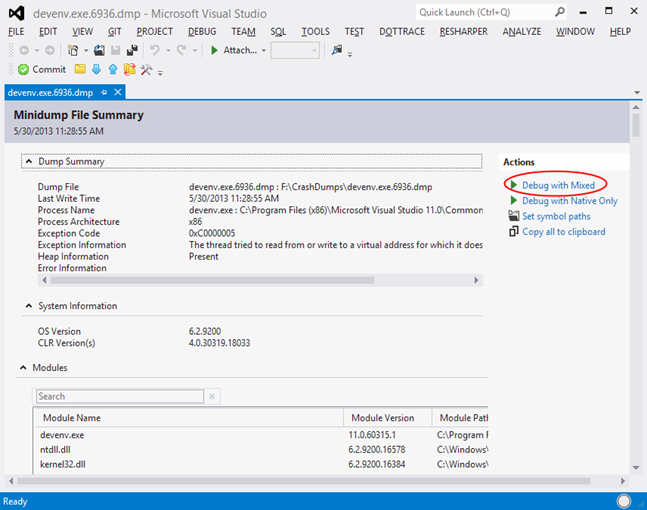 I was installing the latest update of macOS High Sierrra and I got stuck at Calculating time. It seems to stuck and not moving. This was what I did to recover and  update to High Sierra without losing my data. I am using Mac Mini but this seems applicable to other maca as well.

Hi Guys, It's been a while since I have posted. It's been like what ? 3 years ? Much has happened actually since then.

For starters, I have moved on to another company which specializes on Brokering on Online Gaming. So far, it has been enjoyable. The challenges are tough but manageable. Furthermore, I only go to office 3x a week and 2x a week is done at home. Well, I also do OT work still but mostly if there are issues.

On Programming front, I'm mainly focused on Threads, Performance of an app, down to the nitty gritty detail of memory allocation and performance of each thread. This is because the product we have really requires performance.
We have also extended the product by providing both WebAPI and Mobile. I plan to add Push capability on WebAPI and improve on client satisfaction and memory footprint of the product. There is a lot to improve on that and hopefully we can get it done this year.
We have moved from PokeIn to WebSocket so that one is out of the picture. We also plan to introduce Redis caching as a form of data broker between each component but we are still looking at how it would perform on a very peak transactional period.


On my personal development, I have worked on SmartProtect Anti-Theft for Mobile on Android and its already released. yehey, do download them guys in this link : SmartProtect Anti-theft I'm thinking of learning more on Swift. Probably I need to write something to learn on this. What do you think guys should I write ?